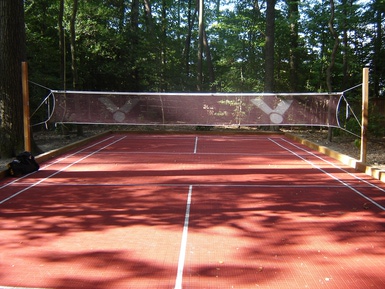 Meredith House had a clay, lighted badminton court as an original feature.  The court does not exist today – – just a flat field.  The only remnants of the court are two metal poles.  One appears to have supported the electricity to the court.  The other may have been a light pole. 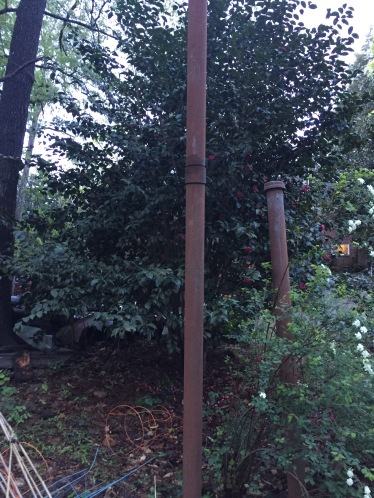 The existence of the court was provided by the McLoughlins, which were the second owners.  Some rotted pieces of badminton rackets and pieces of shuttlecocks.

According to some sources, badminton became quite popular in the United States in the 1930s.  Perhaps the Merediths enjoyed the game and its rising popularity.